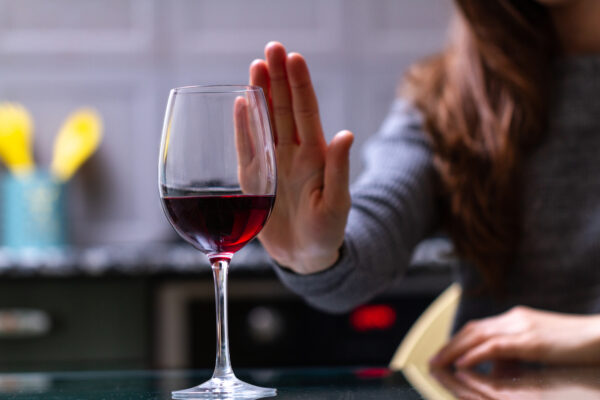 Stopping drinking alcohol when a substance use disorder has developed is challenging. There is no easy way to go about combating addiction. But, the benefits that a person can experience once they stop drinking is a silver lining that many addicts can look forward to on their journey toward mental healing. So, what are the physical and mental benefits of stopping drinking?

Alcohol is a central nervous system depressant. This means that it affects the central nervous system in a way that slows down its natural functioning. So, as a result, drinking alcohol can make a person more drowsy and sleepy. People who drink heavily or for long periods of time eventually find that they have sleep issues as a result of alcohol’s impact on the central nervous system. These sleep issues can include insomnia, not getting enough sleep, sleeping too long, and being generally fatigued. When people who have a dependence on alcohol stop drinking, they find that they can manage their sleep much better and instill sleep schedules into their lives. Thus, giving them all the benefits that healthy amounts and quality of sleep offers.

Neurotransmitters are the brain’s way of communicating with the rest of the body so that we can function in healthy ways. But, drinking alcohol slows the communication of neurotransmitters, resulting in a number of negative effects including a person’s access to memories, increased risk for depression, mood swings, and the dying off of brain cells. Unfortunately, some of the damage to the brain that is caused by alcohol may never recover. But, for many people who quit drinking, some of the brain cells that are damaged by drinking regrow and repair themselves. This can result in eventual restimulation of important brain functioning like the release and making of mood-regulating chemicals including dopamine and serotonin. Therefore, giving people who quit drinking a chance to be happy and have healthy and manageable emotions without using the crutch of drinking alcohol.

There are a number of negative health effects that alcohol has on the body. Fortunately, when someone stops drinking, the body’s cells are given a chance to repair themselves. So, for many people, the negative physical effects of alcohol on the body can be repaired after some time. And, the risk for long-term and chronic illnesses as a result of drinking alcohol are reduced. Some of the physical health advantages of stopping drinking can include:

Along with physical health, the mental health of people who quit drinking improves. Mental health can be compromised due to excessive and continual drinking because alcohol negatively impacts the brain’s functioning. Furthermore, the negative consequences of drinking can lead to relationship issues, which can lead to debilitating mental health states. Addiction comes in many forms, and alcoholism is one of these forms. When someone becomes addicted to alcohol, their main priority is to mask their emotions with the dulling effects of alcohol, which can lead to a plethora of mental health issues.

Some of the mental health benefits to quitting drinking can include:

Take Advantage of the Benefits of Quitting Drinking for Yourself

Ready to feel better and take back control that drinking has had on your life? Delray Center for Recovery is an outpatient mental health treatment facility located in South Florida. We provide outpatient assistance for people struggling with substance use disorder including alcoholism. Find out how we provide assistance for people struggling with drug abuse and alcoholism on our website to learn more.

Got it!
X
© 2021 Copyright Delray Center. All Rights Reserved.